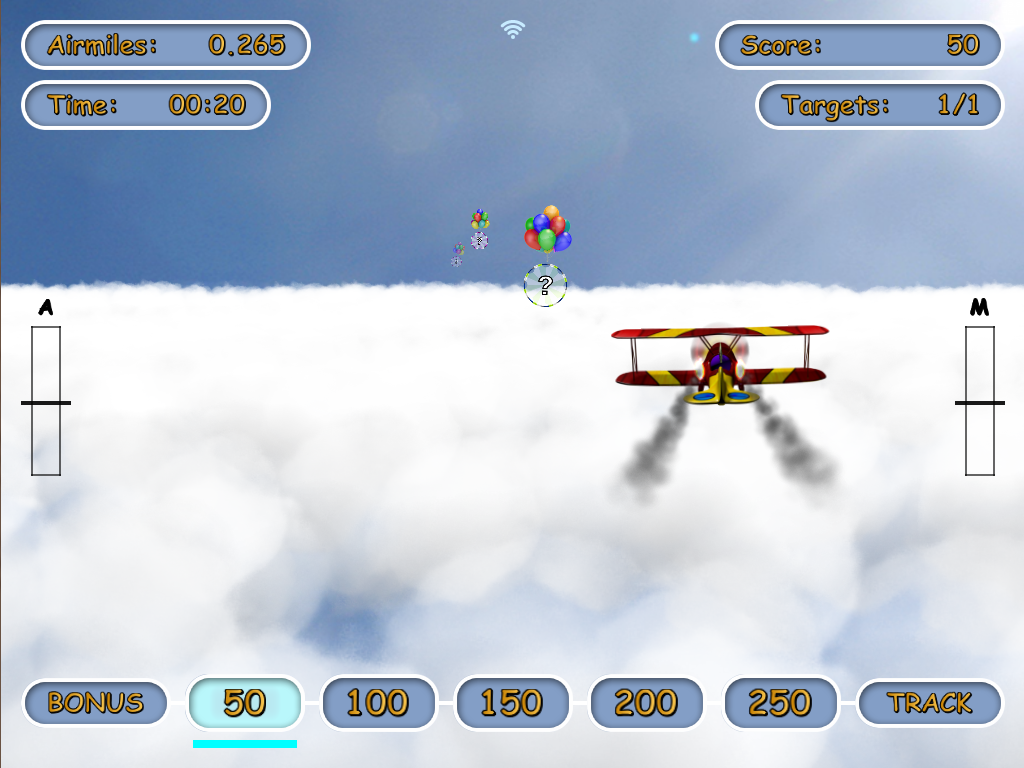 Flying High was a flash prototype made in a couple of days for the NeuroSky Headset, a biofeedback device for homeconsumers. Although it looks 3d, it’s  a 2d game programmed in the Starling Framework using rendered spritesheets of plane, cloud and balloon models I made in Blender. The clouds were rendered in two steps. The texture itself was created by rendering volumetric clouds in Blender. The display in the game itself is done through screen-width quad fills whose texture scaling and offset is adjust based on the plane position and the distance to the cloud. The plane animation is a combination of an up-down rotation from the sprite sheet and a simple left-right rotation for the banking. The smoke was implemented through a starling particle system, designed with Particle Designer.

Although it still runs fine nobody has Flash anymore so it’s another case “Flash is Dead, Here is the Video” :).