You are here: Home1 / Games2 / NeuroPuzzles 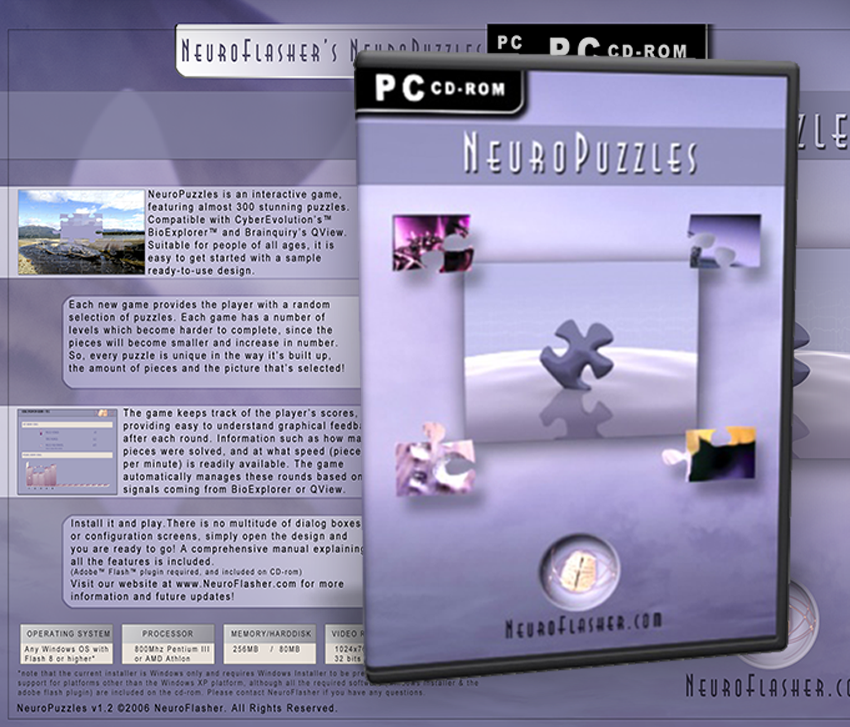 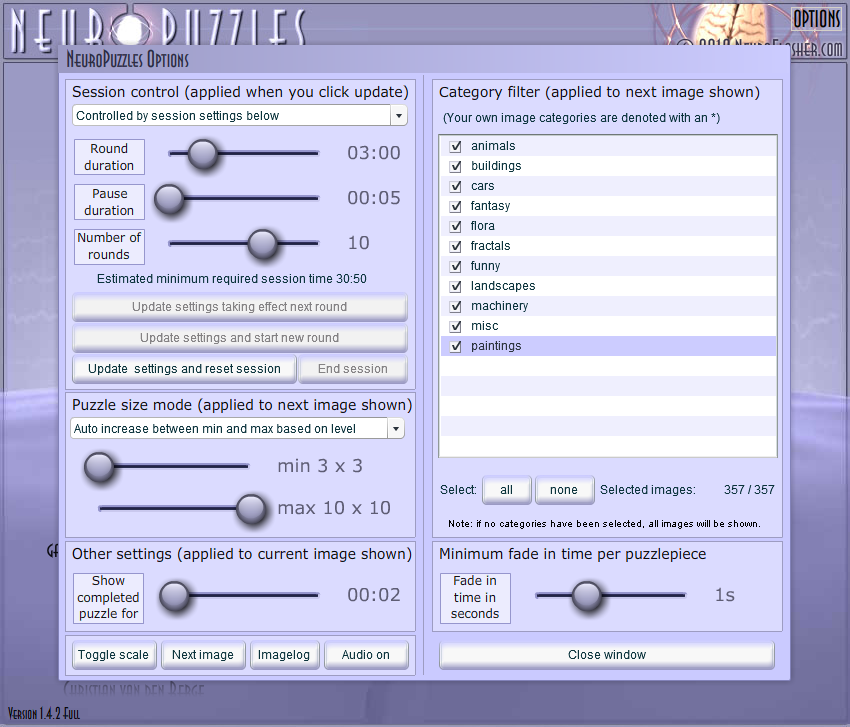 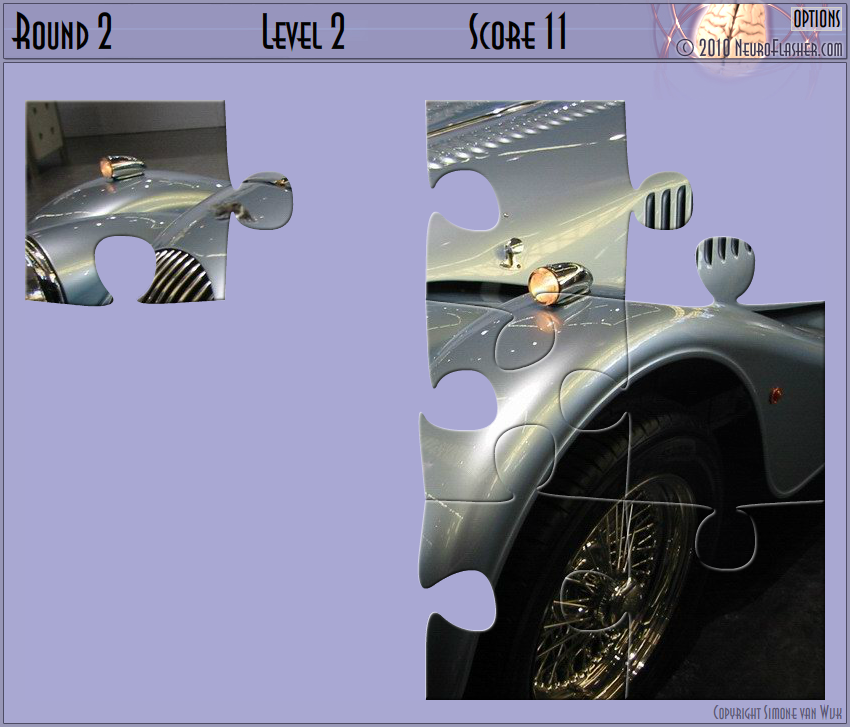 Neuropuzzles was amongst one of the first neurofeedback games, back in the day when Inner Drive Studios was still called NeuroFlasher, and Flash was still cool 🙂 ! NeuroPuzzles is a game where you put electrodes on your scalp and the game responds based on your brainwaves. It was developed from scratch in Flash ActionScript 2, running within two software packages; BioExplorer and BioGraph. Although the premise was a simple puzzle game, this was one of the first games that had to be completely finished, polished and sellable, which included time consuming tasks such as creating installers, manuals, cover artwork, distributable cd’s etc.

It was sold in 2009 to BrainQuiry, who also took over the support.

The puzzles are fully dynamically generated using Math and the Flash drawing API.